In this multi-part series, we will explore one of the most legendary names in the world of cars, and motor sport.  The Ferrari 250.

These cars came before the legendary racing cars such as the 250 Testa Rossa and 250 GTO, among others.

There was also the 250 GT Pininfarina Coupé Speciale which has chassis numbers made during the production of the 250 GT Coupe.

The cars below were introduced at the Paris Motor Show in 1953 to 1956, marking a turning point in Ferrari’s history.  It was the first time Ferrari would make a road car for customers with the 250 name.  Enzo was not originally on board, but had some convincing. 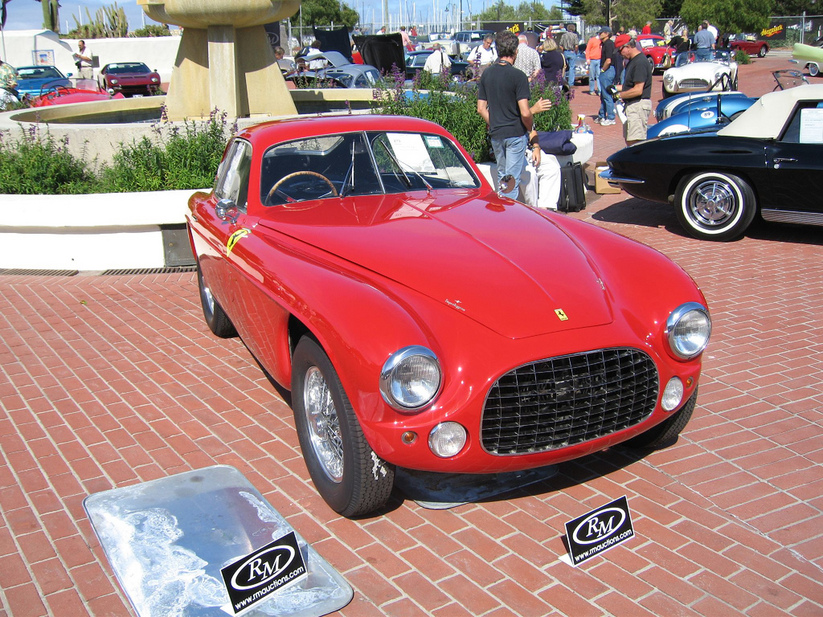 The 250 Export was launched at the Paris Motor Show in 1953 alongside the Ferrari 375 America and 250 Europa.  The car had a similar wheelbase length compared to the previous Ferrari 250 MM.

Export featured an engine meant for Formula One, which was a 217 horsepower Lampredi V12 engine.  Bodywork came from the dedicated hands at Vignale and of course Pininfarina.

During the time, Ferrari was heavily invested in his racing efforts. But to continue to race (and most of the time, win) he had to get income from elsewhere, which would mean a road car.

With the help of Luigi Chinetti, Enzo backed the project of creating a series of touring cars for customers to buy.  That way, he could earn money not only with his race winnings, but with the sales of cars.

The chassis for the 250 Export and Europa came from the development of the 250 MM’s chassis. Overall, the car made for a perfect combination of performance engineering and F1 technology, along side luxury and refinement.

Ferrari’s 250 Europa had its first examples bodied by Vignale, following the lines of the 340 Mexico. 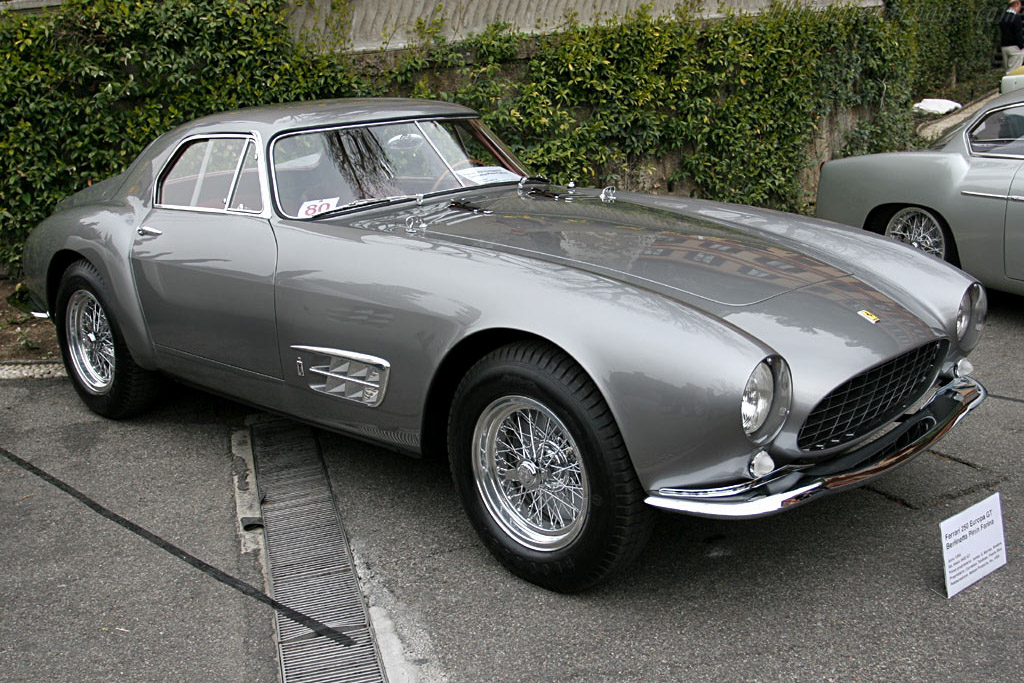 The Ferrari 250 Europa GT was the direct successor of the 250 Europa, and came in 1954 at the Paris Motor Show.

It was a bit confusing, and the Europa GT came to be known as the 250 GT.

250 GT and the 250 Europa had a lot in common, but the engine was switched from the Lampredi V12 to a Colombo short-block V12 engine.  This allowed the wheelbase to be shortened a bit to 2600 MM over 2800 of the previous model.

There were only eight of these custom-bodied Ferrari 250’s.   They all featured a long nose, short rear deck and a lovely sloping roof line that screams classic Ferrari.

Ferrari also made the 250 Europa GT a very important staple because it was the beginning of Pininfarina’s partnership with Ferrari for years to come designing every car except one.

The car was developed from the 250 Europa, and featured a Colombo Type 125 V12 engine.

After the first few cars were produced, Pininfarina would run into a problem.  He couldn’t keep up with demand.

Production moved to Boano while the new facility was being produced, and Ferrari was able to churn out 80 cars in one year.

This car is just absolutely gorgeous.  The body style is reminiscent of the most legendary cars from this era, and really demand attention.  I love it.

The Ferrari 250 GT Berlinetta was the first car in the legendary Berlinetta series.

This first series of the Berlinetta had a Scaglietti body designed by Pininfarina for the first renditions of the car, and it went on to prove itself in the tough Tour de France race.  The Berlinetta was unofficially nicknamed the TdF.  This was partially because the organizers of the event allowed the winner of the race to name their car after the event as a model name.

While the car wasn’t officially called the TdF,  enthusiasts used the name to distinguish this series of the Berlinetta.

The body of the 250 GT Berlinetta would undergo four different updates from its first creation in 1956 all the way to 1959.

This line of the 250 GT would go on to create the 250 California and 250 Lusso.  In between them were some of the most beautiful cars ever.

With that, we conclude our look into the 250 Export, 250 Europa, 250 Europa GT, 250 GT Coupe and 250 GT Berlinetta.  In the next chapter, we will be moving into the more legendary cars.  I hope this is a little less confusing for you than it is for me.