I could talk about cars I can’t afford all day.  Particularly Ferrari.

I feel as though we all have that one pin-up poster car in our lives that we can just talk up a storm about and imagine driving.  Feeling the wind in your hair or feeling the beautiful transmission shift aggressively as a massive engine kicks you in the head.  The stuff of dreams.

Every car enthusiast has their dream garage in mind.  It sits there untouched in the enthusiasts head for years with images of multi-million dollar collections under the perfect lighting.  The perfect temperature.

I can see a Ferrari 430 Scuderia in TdF blue with a black or beige interior, silver wheels and silver calipers to match.

I can see a Pagani Zonda F Roadster in beautiful white with black wheels and red calipers.

People like me can go on forever about this dream garage, and I want to know what your dream garage has in it.  I will dedicate a post to that.  I believe that is one thing we can all unite on, out dream garages.

When we wake up, we’re faced with the fact that we don’t have millions to spend on cars just to have them, and we need to decide what the best affordable new car is out there.

If you’re like me, you’re pretty picky.  And this is not a bad thing at all.

Depending on your price range (which is the dominate concern of buyers out there) there are a host of options for you.

I know I would want something that looks great, drives great and doesn’t break down.  It sounds like a simple criteria, but it isn’t.

Plus, I know a lot of you out there have varying needs and desires in your new affordable new car so that it is difficult to fit everything you want.

Personally, I would like to have a fun Subaru BRZ to tune and make super fast, but I live in a cold state so I need all wheel drive and I don’t know how to drive a stick (I know, you can punch me now) and I don’t want the inconvenience.  See?  It’s hard!

Anyway, I want to help you a bit with an affordable car if I can.  There are some nice examples out there, so let’s take a look.

Let’s start with an entry that is fairly simple and basic.

The Elantra is a cheap car no doubt, starting around $18,000 and it doesn’t even look half bad.

Hyundai has been advancing quite a bit as a company in recent years, and it’s something that we should all be impressed with.  They want to make more mature and sophisticated looking vehicles for customers so that Hyundai’s can be taken more seriously.  Fair enough.

So, the Elantra looks to start new consumers out in something that is pretty stylish, efficient, and carries the essentials.  Options can get a bit pricey, but the base level Elantra isn’t bad at all.  Plus for first time buyers, the Elantra is a very safe commuter. 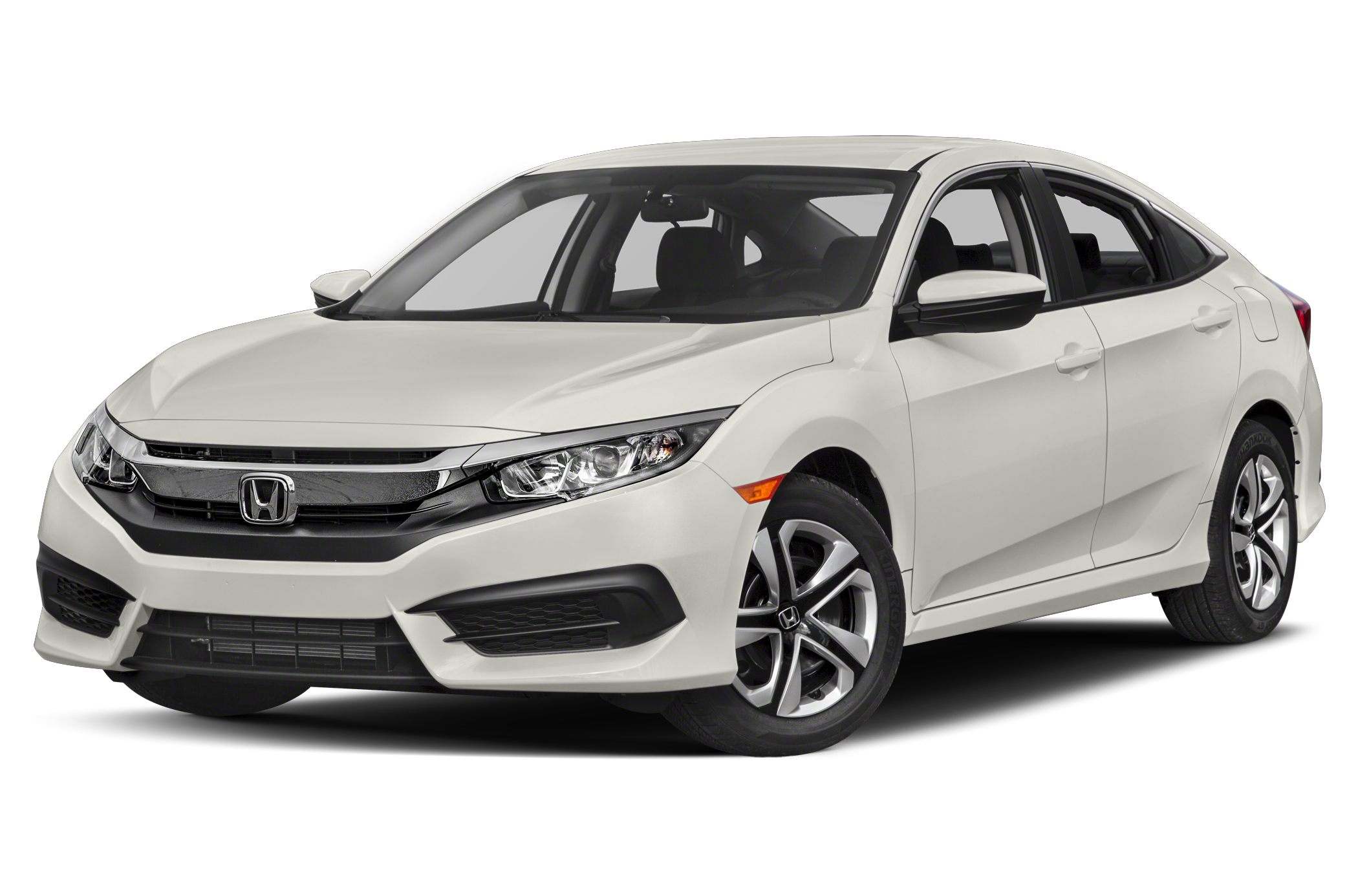 The new Civic is by far my favorite here.

Honda’s new design for the 2017 Honda Civic is incredible.  If you’re a young or first time car buyer, look no further.  Even if you’re pretty experienced in buying or leasing and just need some new wheels that won’t break the bank, this is your guy.

Some will bash the styling of the new Honda Civic saying that it is much too crazy and undeserving looking for a Civic, and I can’t help but disagree.

The new Civic is a menacing looking little car in any form you get it in.  From coupe to sedan to hatchback the style of the Civic remains.   And it looks great.  The new Civic can even pull off acid green.

Other plus sides include the technology on the interior, the efficiency and options for your Civic.  Plus it is very affordable.

The Civic is more practical than a Subaru BRZ, and still looks great doing what it does.

If you’re more crazy, you can get the Civic Si or the insane Civic Type R.  Front wheel drive madness there.

Coming to the Mazda 3, I actually don’t know if I would take a Civic over the Mazda.  I actually almost bought a new Mazda 3 because it was just that awesome.

I can’t give as much praise to the Mazda 3 sedan, as it does look a bit cheaper than the hatchback.  But if you can dish out the bit extra for the hatch, please do it.

The Mazda 3 hatch back is incredibly good looking.  And it’s affordable.  And it has everything you could possibly need.  And it drives great.  Hence why I almost bought one.

The Mazda 3 is really a great car all the way around, and pricing starts just above $18,000 for the base sedan.

While power is relatively low, fun is high.  Mazda plans on moving up market and making their cars more expensive, so be on the look out and jump on while you can.

This is a popular one.  If you live in an area that never snows or you have alternate transportation, the Toyota GT86 is a great affordable new car.

While there are some faults in the Toyota/Subaru/Scion, the car is incredibly pure and fun to drive.

Unfortunately, Scion is gone for the 2017 model year, and we see Toyota picking up the Corolla iM and other Scion models essentially getting rebadged as Toyota’s.

The new 86 gets a number of styling changes from the Scion model that just died, and it gets a performance improvement.

Now the main complaint with this kind of car was that it was just way too weak, but it did win every time in the corners.

Okay I spoke way too soon.  The Volkswagen GTi is perfect.

I took one of these pieces of automotive art out after driving the Mazda 3 and man was it a pleasure.

The GTi is a bit more pricey than the other entries, but if you’re an enthusiast this car is priceless.

You can have a GTi in manual or DSG transmission, and it is perfect in either case.  The GTi with DSG shifts faster than lightning, and handles even better.

The driving dynamics are perfect, and it is as practical as ever.  Often imitated, never beaten.

You can get 210 HP out of the 2.0 L turbocharged four cylinder engine or 220 with the performance package, along with larger brakes.

There is also a Golf R that starts around $40,000, but this list is affordable new cars so that would be cheating.

If the situation works for you, I would advice you to grab the Italian.  The Fiat 124 Spider.

I, like many, had concerns that the Fiat 124 Spider would be too much Mazda Miata (the car the Fiat is based on) and not enough Fiat.

But, Fiat did a fantastic job of sprinkling in the Fiat taste into the Mazda Miata’s bones.  Plus, the 124 Spider Abarth is just amazing.  I love it.

If you live somewhere where the weather is nice and you can use a rear wheel drive car and don’t need much space to haul things around, I envy you. 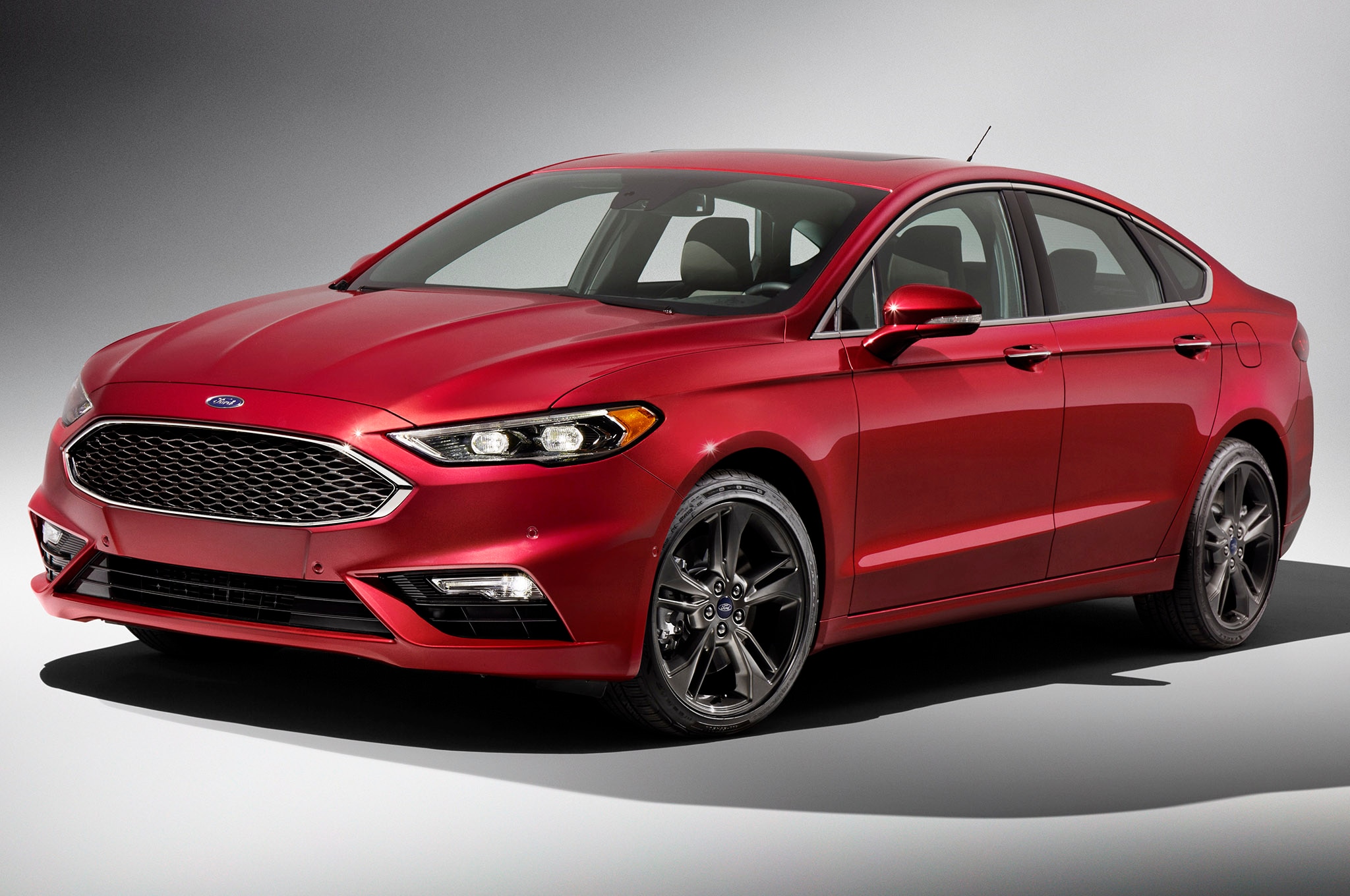 I can’t deny that the Ford Fusion is a pretty great car.  The larger sedan starts around $22,000 but they lease like wild fire.  I can name 10 people right off the bat that I know who have a Ford Fusion.

It seems like everyone who had a Ford Taurus in my high school years has a Ford Fusion now.  It is the go-to car for everyone who needs a car with updated looks.

But that is for very good reason.  The Ford Fusion is affordable and offers great looks, storage, space and efficiency.

It gives you everything you need in an interesting package with sharp looks.  I think that pretty much hits every mark for new buyers who don’t desire much.  Ford also dropped the pricing a bit for 2017 (only by around $140).

Continuing with the Ford trend, we have the Focus and the Fiesta.  Both cars are very similar in practice, so I included them.

They also both make great affordable new cars, and offer a lot in terms of technology, driving capability and trim levels.

Great fuel economy, driving performance, and practicality make it one of the best choices here.

Above both the trim levels you can grab up a Fiesta ST or the Focus ST, and both are just perfect performers.  The Fiesta ST gets loads of praise and it is well deserved.

The Trax is the epitome of affordable SUV’s.  It has a generous amount of space at an excellent price.  I’ve seen them leased out cheaper than a phone bill.

Pricing starts around $20,000 for a base Trax, and the only real draw back is the absolute absence of power. The standard engine is a 1.4 L four cylinder engine that produces 138 horse power that is just barely able to do high way speeds.

The Chevy Trax is really for the city commuter and that’s it.  Plenty of space and practicality, just next to no umph.

What the best affordable new car is for you is a very interesting question.  It varies greatly person to person.

Personally, I’ll take a GTi over everything.  I love that car so much that I actually regret not getting one sometimes…But I do like AWD in the snow.

What do you think is the best affordable new car?  Let us know in the comments below!