Yes, yes, yes.  The 2018 Bentley Continental is one of the most recognizable cars out there, and its design is incredibly resilient to the test of time.  Of all the variants and versions and updates and kits that ever came out for the Continental, we’re finally getting to see a new one.  This new Continental should be a fantastic automobile, and embody everything that made the previous generation as legendary as it was.  Bentley has been active in the whole concept market with their EV coupe (Check it out here: 500 HP Bentley EV Coupe) and they’ve been hot on the act of wetting their markets appetite for new cars.

Remember, Aston Martin has begun creating new models every couple years as part of a new program, BMW released a new 7 Series, Mercedes has the new S-Class and Rolls-Royce is creating a new Phantom.  The world is completely changing around the current Continental, so it makes sense that Bentley has gone back to the drawing board for this legendary GT car. 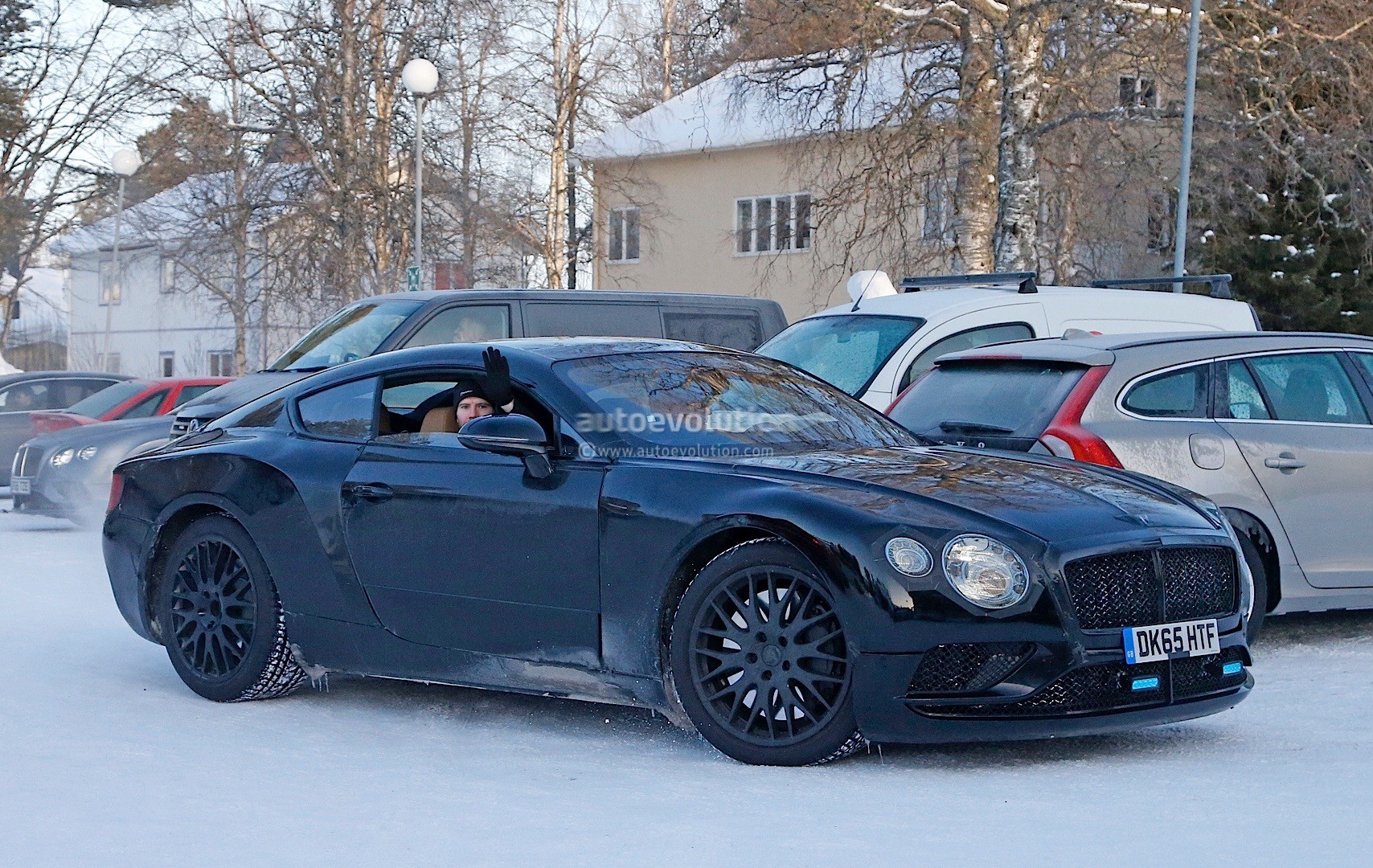 I know that there are a number of people out there who aren’t a fan of the new Continental’s styling, and I could see some flaws.  Some say the headlights are much too large and it looks like some sort of bug, but I can’t agree.  I love the new design.  It is much more athletic looking and I can see a number of spawns coming from its platform.

The front end is sunken down and makes the wheel arches much more muscular.  Also, look at how big those front brake rotors are.  I know the car will be pretty heavy and produce a lot of power, so it seems fitting to add brake discs the size of dinner plates. The roof line is slimmed down, and the car as a whole has a much more sporty look to it than the original Continental, which gave off a more GT cruiser vibe.

With all of that said, the body isn’t completely finished.  As you can see, there are some body panels that just don’t fit on the car just yet.  But, the 2018 Bentley Continental GT looks like it’ll also come in a convertible variant upon release.

As the project is completed, I think this new super cruiser will come together perfectly.  It is already showing some stunning lines, so it’s fair to say that we can expect a great car.

It is worthy to note that the previous Continental interior withstood the test of time with grace.  I do believe a lot of that has to do with the sexy quilted leather (I love it).  So the new one does have a lot to prove on its interior, but I’m not too worried.  Bentley knows exactly what they’re doing.  You can expect the new Continental GT to adopt the 2 + 2 seating arrangement as well.

It is most likely that we’ll see a W12 and V8 option in this car like we see in the current generation Continental.  We probably won’t see a diesel, but a plug-in hybrid has been confirmed.  As for the W12, a similar unit to the outrageous Bentayga should be incorporated in the new Continental.  That also means an expected output of 600 HP for some serious performance and an expected 0-60 time of 3.5 seconds for the W12.  For the future V8 option, look for somewhere around 540 HP out of a 3.9L twin-turbo V8, and a 0-60 of a potent 3.9 seconds.  There will most likely be a ton of variants to the Bentley Continental after it comes out, if we learned anything from the current car.

The new Continental looks fantastic.  I know there are a lot of people out there that might disagree, but we haven’t even seen the car completed. The test mule looks like a finished car, but some body panels are from the current continental, which throws off the proportions.  We’ll have to see the finished product when it comes out.  One thing is for sure though, you can expect the most up-to-date technology for driver aids and passenger comforts.

Bentley has always made fantastic cars that may not be 100% reliable, but that doesn’t take anything away from their brilliance.  The road presence of a Bentley is in tune with shouting “LOOK AT ME!” While driving around with the top down and a marching band behind you.

Elegant, stylish and powerful.  We have high hopes for this new Continental, but we’re sure that the grand tourer will embody every piece of Bentley DNA and spawn at least 100 different variants to make every showroom look like a quilted-leather candy shop.