Mercedes-Benz is easily one of the most recognizable brands on the planet.  They make absolutely stunning cars and SUV’s that pretty much everyone on the world and over lusts for and gets a bit wide-eyed when they hear the name.  That reputation took decades and decades to forge, and is apparent in every vehicle that rolls away from the factory.

The E Class is Mercedes mid-range midsize luxury sedan.  It has taken the form of the executive sedan marketed toward the older market in past years, but now it has (slightly) changed.

The 2017 Mercedes E Class is one of the most beautiful sedans out there right now, but caused some confusion when it was redesigned for the model year.  Mercedes’ cars got even more difficult to tell apart for someone who doesn’t follow the lineup closely, but that can be a good thing too.  I’d love some variation though.

Anyway, the 2017 Mercedes E Class is an absolutely beautiful piece of automotive machinery in a number of different flavors; Sedan, coupe, cabriolet and wagon.

The Exterior of The 2017 Mercedes E Class:

Absolutely stunning.  The 2017 Mercedes E Class has the best looking front end in the Mercedes sedan lineup in my opinion, since it combines the best of the S class and the C Class elements.  I love the larger intakes on each side of the front bumper and I love the style of the headlights.  The new E Class is even more executive looking than the previous generation which is exactly what it needed.

In this variant, the 2017 Mercedes E Class looks a bit like its big brother, the S Class.  It is this versatility that makes this new model great.  Either way you put it, the E Class is a class leading sedan for those who love to make a statement. I also really want to talk about the 2017 Mercedes E Class cabriolet (That’s the convertible for those who don’t know).  This thing is absolutely beautiful, and I’m going to try to describe it without using the word “beautiful” now.  Front to back the E Class Cabrio will be the most visually appealing version of the sedan/coupe/wagon.  Mercedes makes their cabrios and coupes share some DNA with their sedan counterparts, but just make them so lovely.

While the cabrio versions do not sell as well as the sedan or even coupe versions of Mercedes cars, you can’t help but feel that something would be missing from the lineup without them.

The Interior and Technology: 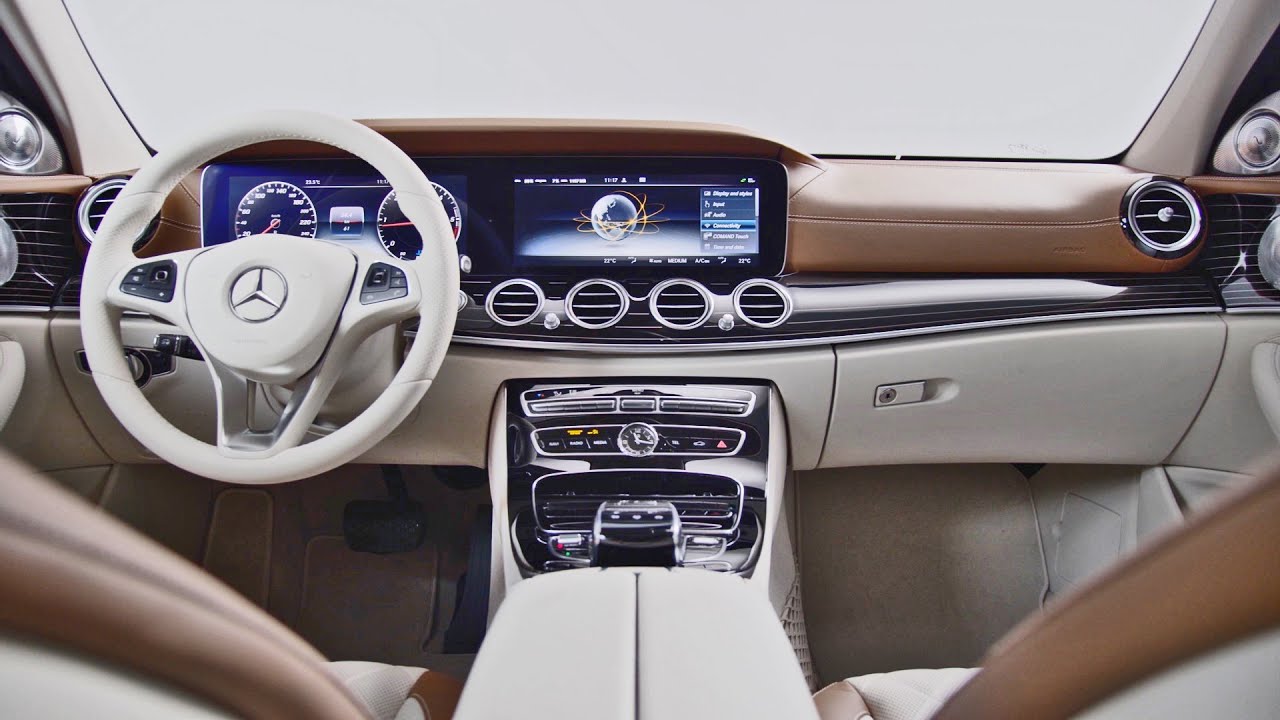 While the outgoing generation of the E Class had an interior that was fantastic, it did feel a bit outdated.  That’s perfectly normal though, and the new refreshed interior fixes that small issue with flying colors.

The interior comes with some crazy tech features.  For example, when the car sense a collision is about to occur, the sound system emits a “pink noise” that preps your ears for loud sounds.  PRE-SAFE technology also inflates the side bolsters of your seats before a side-impact collision to help reduce the impact.

Drive Pilot also gets an update, and can switch lanes when the active cruise control is activated.  Which means you can stay in your lane, switch lanes and actively adapt to the road conditions without touching the steering wheel.  Also, as I experienced in the previous generation, you can get a lovely massage during your careless voyages.

By the way, the 2017 Mercedes E Class has the coolest start button I’ve ever seen. 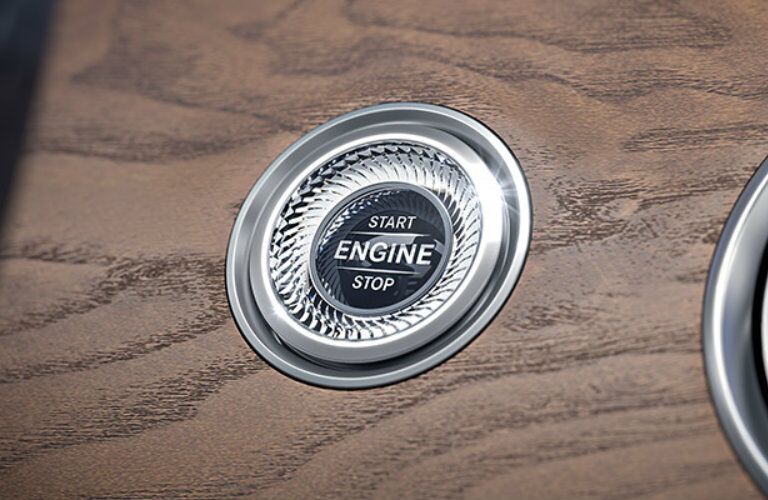 The 2017 Mercedes E Class is a dizzying array of technology for the driver, as well as performance of the over all vehicle.  Available AIRBODY control allows the new E Class to actively adapt to road conditions as they change to keep you comfy on or your feet.  As with many performance sedans these days, you get a number of drive modes from ECO to Sport which help you get the desired performance out of your E Class.

Mercedes uses the 2.0 L four cylinder engine for the base E300 which pumps out 241 horsepower and 273 pounds in torque.  The other current option is the Mercedes-AMG E43 with a twin-turbo v6.  This engine produces 396 Horsepower and 384 pound feet of torque, good for a 0-60 of 4.5 seconds.

As for the true E63 AMG, we can expect a similar 550+ horsepower 5.5 L V8 and a 0-60 of 3.5 seconds.  That car is yet to be released, but look for it a bit later this year.  There are also plans to make an E63 wagon and cabrio to complete the line.  Mercedes loves pumping out serious power out of serious cars, and I do too.

The new 2017 Mercedes E Class looks to be a great sedan for buyers.  The design is showstopping, and AMG will definitely have more fun with it.

I hope that the new one doesn’t behave like the outgoing model though.  While the old model (non AMG) didn’t like to be pushed hard, the new one should solve that problem.  The original issue was that the character of the big sedan didn’t fit the numerous amount of sporty driving modes MB put in it.  The result was a quick car, but it didn’t like going quickly.

This new car better be the masterpiece it looks to be.