Audi is a very special car company, and even though they are very well known there is some credit due where credit is due.

The German’s have done something very special, and there’s only a couple of companies that have even come remotely close to pulling it off.

Audi is most famous for making luxury cars, and means the luxury price tag, appeal, style, and function.

But in 2008, Audi created the R8 super car, a car that would revolutionize the brand.

Luxury car manufactures have their flagship vehicles and sport divisions, but Audi has a full-blown super car in its brand line up.  It does sound like McDonalds (I know Audi is a luxury brand) trying to make some sort of gourmet dish; You wouldn’t expect it to work or be as good as a fine French restaurant.

But that is where the R8 is just shocking.  Audi managed to create a super car and have it be good enough to contest with some of the best in the world.  This is all from a luxury car manufacture that before hand had only performance sedans as their flagship.

The Audi R8 still lives today as one of the most coveted cars out there, and is still getting up all the Italian’s nose.

Lexus and a couple other manufactures tried to step outside the luxury boundaries and make a super car, but the attempt never carried on for as long as Audi has had the R8.

The LFA was and still is a fantastic car, and one of the best super cars to date honestly, but the longevity of the R8 and R8 V10 has made the Audi on a new level. 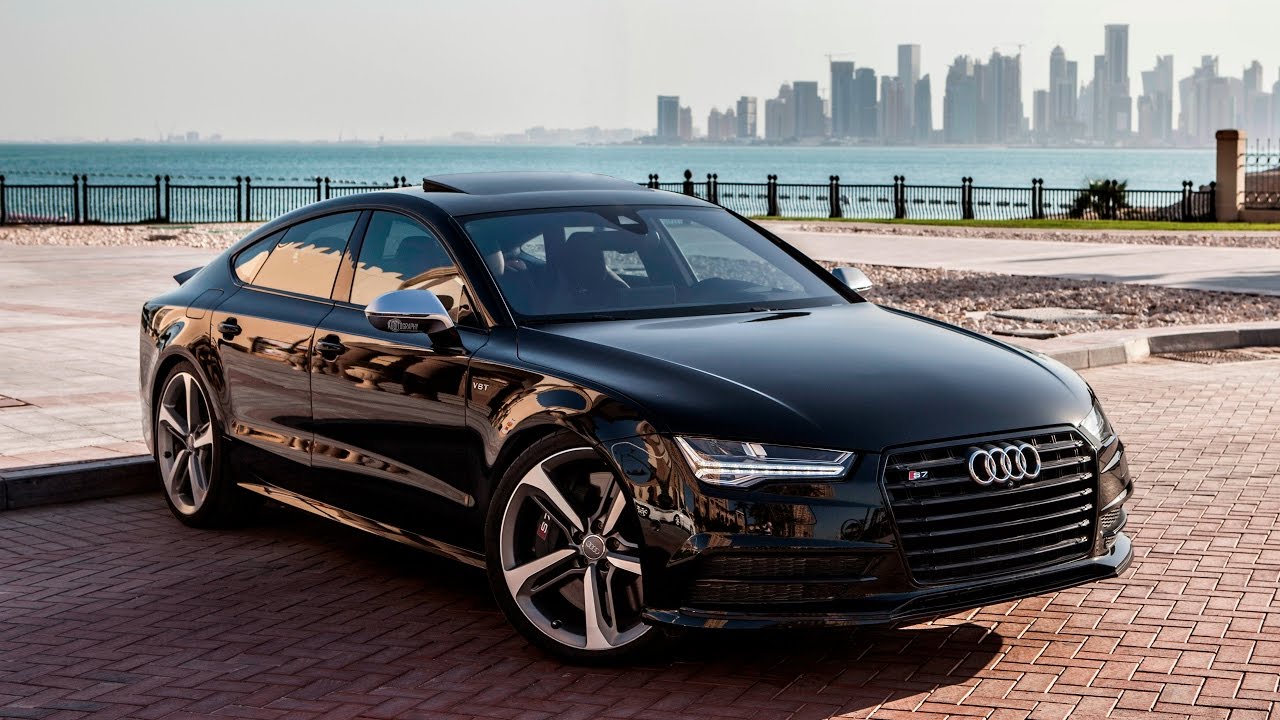 If you have the money to spend and want to see what the A7’s platform can really do, then look no further than the Audi S7.

The S7 can be called a happy medium in between the lovely A7 and the psychotic RS7.

Audi’s S7 starts at a steeper $80,000 and for that price you get a strong 450 horsepower from Audi’s luscious V8 engine.

For your money, you get a reworked body kit that features quad exhaust pipes, more aluminum trim and sportier rims.  The exterior only really receives small changes, which is pretty characteristic of Audi.

On the inside, you get sport seats and all the carbon fiber trim you could possibly want.  Lovely stuff.

It’s really on the inside of the 2017 Audi S7 where you see the designed leather and fine materials to really get what you paid for.  Plus the gorgeous V8 engine.

As with all performance Audi’s and their sedans, it is hard to tell or distinguish between the standard car and the S model.

There are people who love this though.  I’m not one of those people.  If I’m (personally) paying $80,000 for a car, I want people who see it to know it’s not the base model. More than just quad exhaust pipes and some trim.  And a badge.

I do love the exterior of the 2017 Audi S7, I think the hatchback style looks fantastic and aggressive as it should.  The only issue is how dialed back the car is for a performance version of a car, and a sticker price $10k over the standard car.

You could say that the RS7 solves this by looking so insane (which I love).  But, there’s a lot of thinking to do to justify the RS7’s sticker price of $104,000 with no options.

The 2017 Audi S7 is a cool looking car, and does fill the gap between the A7 and the RS7 well.  I do think it deserves a slightly more showy appearance than it has, but that’s my opinion and we’re all entitled to our own.

And since this S7 is an Audi, you get a host of driver aids to help you along the road.  Audi offers forward collision monitoring, night vision assistant, corner view cameras (very cool), heads up display, adaptive cruise control, blind spot control and lane assist.  Cars are getting very technical.

This all translates to a fantastic driving experience for the driver.  Audi and Volkswagen know how to design ergonomics to make theirs insanely communicative and fun to drive.

The paddles on the steering wheel are incredibly quick and that is part of the dual clutch seven speeds mated to them.  The combination is fantastic and really puts you in control of the vehicle.

In conclusion, the 2017 Audi S7 is again that medium between the rather dialed back A7 and the insane RS7. It is overall a great choice or move by Audi.

The exterior of nearly every Audi for years and years have been a very mild and dialed back take on luxury.

Audi’s have always looked the same as well.  Especially nowadays, where every model seems to have the same styling as the others.  I like some variation so I’m not a huge fan of Audi here.

The 2017 Audi A7 is quite a different story, though.  It has all of the Audi characteristics and styling, but the shape and purpose of the A7 makes it very special.  It is actually easy to distinguish between an A7 and every other model.

This is mainly due to the slopped and elegant hatchback body style of the 2017 Audi A7.  Not many cars out there can pull off this coupe like line and retain the larger hatch.

But since the Audi A7 was created, it has been a strong staple in the line up.  Everyone wants an A7.

The front end is very Audi.  While it hasn’t been completely overhauled yet, the style is still very modern, sharp and sophisticated.

The headlights are angular, and feature LED signatures that make it pop out in traffic.

Audi’s grille dominates the front end, as it always does.  The secondary air ducts on the sides of the front bumper are big and angular like everything else, and these get larger on the upper, sportier trim levels like the S7 and RS7.

The front end of the A7 is lovely.  Even the older models still look great.

Form the side, the 2017 Audi A7 really makes itself distinguishable as a premium, luxurious hatchback.

The couple like roof line usually cuts off head room and makes things cramped in the backseat, but the hatchback feature allows plenty of room.

Speaking of room, the hatchback also makes loads of space in the trunk for pretty much anything.  It is really respectable.

So the Audi A7 seems to be a perfect combination between an athletic look and functionality.  It’s a hard mix to get right, but the A7 seems to fair well.

The Audi A7’s interior has developed with the brand as they both aged.

The result today is a lovely and modern leather-appointed cabin that has everything you could possibly need or want.

Stepping inside is an interesting event. You’re immediately introduced to a landscape full of grainy wood and leather.

The wood inserts in themselves are impressive.  The usual thing is to have a wood insert and have it coated in some sort of poly that makes the wood completely smooth.  This give the appearance that the wood is just some plastic wood-colored insert in the dashboard and it looks cheap.

But, the 2017 Audi A7 does things a bit different.  There is no coating on the wood inlays on the interior which means that the wood actually feels like wood.  You can feel the imperfections, crevices, holes and ridges on the inlay, and that is just so cool.

The leather is of Audi quality.  Soft and the scent of fresh grain leather fills the cabin with an upscale feel.

Audi’s new 2017 A7 features all the safety and driver technology on the inside as the S7 does, which gives you great peace of mind as you drive along.

However, I do have an issue with the start/stop button on the inside of the A7, that might also be present in the other models.

When I was driving the Audi A7, the auto start/stop feature would cut in way too early.

For example, I would be driving along at a slow pace of about four miles per hour, and the engine would shut off.

The start/stop function is supposed to help save fuel economy at a stop light when you’re just sitting still by cutting off the engine until you release the brake. It’s a clever system in most cases.

However, the A7’s auto start/stop feature cuts out while the car is still moving, which is totally unsafe and plain bad for the engine and all of its components.

I’m not sure if Audi has fixed the system, but that was honestly one of the only faults in the whole car.

The 2017 Audi A7 gets its power from a 3.0 L super charged engine that produces 333 to 340 horsepower.  This plant is ample for the A7, and allows some quick acceleration.

In sport mode, the Audi A7 is pepped up and the throttle response goes on its toes.  The change is a powerful one and really makes the A7 feel like a totally different car.

The new competition package adds on a bit more power, to 340.  While not substantial, we’ve seen Ferrari do the same with the F430 and 430 Scuderia, where there was not much power added but the change was monumental. I know the two situations aren’t very comparable but you get my point.

After the A7, you have the S7 we talked about briefly before.  This is where you get Audi’s fantastic 4.0 L V8 engine that develops a healthy 450 horsepower. While the exterior styling is rather sedated, the power certainty is not.

Above the S7 you have the insane Audi RS7.  This car is a completely unhinged monster and shows what Audi is capable of. 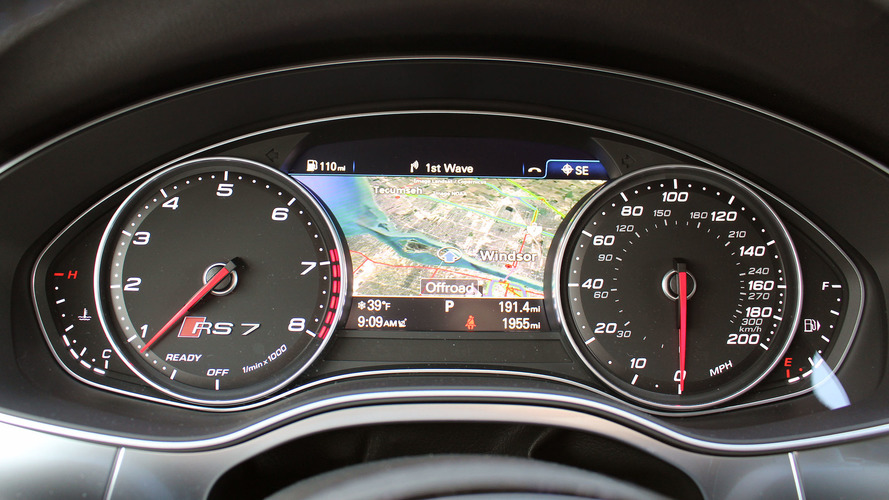 For 2017, the A7 and its higher-trims get more grip,weight and power.  This seems to be common practice for new cars as consumers demand more luxury and performance.

Audi is making their A7 a type of go-to car for testing autonomous driving as well.

The technology isn’t exactly perfect yet, but Audi is piloting some great things here.  We can expect more and more of this technology to be ever present in Audi’s cars as we go into the future of transport.

The Audi A7 is an absolute pleasure.  To drive and to look at.

I do pray they figure out how to make a proper auto start and stop feature for the engine.  Especially if Audi wants to tackle autonomous driving, they need to sort that auto start stop out.

The standard Audi A7 starts just above $60,000 and gets easily into the $70k range with some light options you add on.

It is as all around fantastic car, and deserves the looks and performance that it has.

The Audi A7 is getting a face lift, and it’s come a long way.